You may have noticed that this blog has been sitting idle for several months. After the A to Z Challenge I started another blog devoted to writing, and gave up on this one. I've been thinking about it for several weeks now and I have made the decision to devote all my (1hr per week of) blogging time to A Creative Exercise. Check me out there, and if you want to follow me at my new-ish home I'd be glad to have you there.
Posted by Jennifer at 5:06 PM 2 comments:

Things that made me laugh this week

This week, I got this stuck in my head:

I first saw it on Tuesday morning, and I'm still hearing it in my head.

This gif is just made of pure LOL:

Yes, I felt bad for the horse while laughing at it.

Breaking Bad had a great scene in it where Jesse, Walter and Skyler are sitting around the dinner table, and Jesse tries desperately to fill the terribly awkward silence:

There is no way this full scene is on the internet legally, but these few seconds are really just the icing on the cake made of green beans from Albertsons, and microwave lasagna dinners.  If you didn't get the reference WATCH BREAKING BAD.  NOW!!!  Unless you have Dish.  Because, as I'm reminded everytime I watch AMC, Dish hates the best dramas on television.
Posted by Jennifer at 7:10 PM 2 comments:

I haven't watched an Olympics Opening Ceremony since Barcelona in 1992.  I just don't get that excited about the Olympics, sorry.  But upon hearing earlier in the week that Mary Poppins was going to fight Lord Voldemort, I decided I had to see this.

I tried to watch it live, or as live as NBC was going to make it, which I think was a 6 hour delay or something.  Not even five minutes in I set the DVR to record it and changed the channel.  Turn of #1: the narrators at the beginning of the program with in and out British accents, trying to pump up the Olympics.  It was awful and I decided I would just wait it out and watch when I could fast forward past the boring parts.

Cue Saturday evening.  I plop my self down on the couch, remote in hand, finger poised over the fast forward button, and I have have to fast forward through the first fifteen minutes or so.  The queen making James Bond wait before climbing into a helicopter and then parachuting from the helicopter into the stadium was kind of cool.  She didn't look too happy to be there otherwise.  Of course she's getting old, it was probably kind of chilly, as the commenters kept reminding us, and it was late.  Plus all she ever does when she goes out in public is smile and wave, so if I was her, I'd look grouchy too.

People walking around with sheep and cows.

Now there are smoke stacks coming out of the ground while a thousand miserable looking people tear up the grass and pull levers and look miserable.  Meanwhile 5 guys in top hats walk around waving their hands in the air.  I think they're dancing.

Kids in beds while doctors and nurses (real sick kids, and real doctors and nurses as the commentors made sure to tell us five times) dance around while lights on the beds spell NHS.  As an American with certain political leanings, I'm jealous.

The kids fall asleep, there's what I think are nightmares.  A REALLY creepy Queen of Hearts rises out of a bed.  It's far creepier than the giant Voldemort.  Then twenty Mary Poppins' fly in and kind of wave their umbrellas at Voldemort and vanquish him.  I say:

I mean, if you're going to take the time to have Mary Poppins fight Voldemort, you could at least have lasers shoot out of her umbrella.

Something about a girl losing her phone and a guy finds it.  Lots of dancing.  My question is the guy finds her by calling her on a cell phone.  Who's phone is she on?  Did he just call one of her contacts who just happened to be with her at the giant 50 year British music dance-off?

Parade of Nations!  We make it halfway through the Bs before more commercials.

As the Parade goes on, more and more commercials get squeezed in.  Two countries go by, commercials.  Three more countries, commercials.  My finger and the fast forward button get acquainted real quick.

Finally we get to the United States and the cameras linger on the athletes and Uzbekistan, and other U countries get ignored.

Finally the host country, Great Britain, which caused me to wonder "Do Wales, Scotland and Northern Ireland not have their own Olympic teams?"  I don't know enough about how the whole Great Britain, United Kingdom, Commonwealth thing works, (in fact all I know of modern Britain comes from Doctor Who), but if Torchwood: Miracle Day taught me anything, you will still get punched in the face if you call a Welsh woman English.

Announcement that Sir Paul McCartney will be singing.  I hit stop on the remote and when the tv asks if I want to delete the program, I hit yes.

And that is what I got out of the London Olympics Opening Ceremony.

BTW:  WTF is these things supposed to be?

Here I go again, breaking my promise to blog on Saturdays.  As always, I forgot to do it.

Breaking Bad is back.  If you don't watch this show, you should.  I didn't watch it for the first 3 seasons because I couldn't quite grasp the idea of Brian Cranston in a dramatic role.  The only thing I knew him from was Malcolm In The Middle where he played Hal, the barely there dad and husband.  Finally I broke down and watched the first episode because Netflix kept throwing it into my suggestions.

I was hooked.  I mainlined the first 3 seasons that were available on Netlflix and then tracked down the fourth season and watched it.  The fifth season started last Sunday and I've got the DVR set for tonight.

If you're living under a rock and don't know the basic premise of the show, here it is.  Walter White (Cranston) is a high school chemistry teacher with a pregnant wife and a teen aged son with cerebral palsy.  He's in debt up to his eyeballs and frustrated by life.  One day he goes to the doctor for a persistent cough and finds out that he has lung cancer.  He's told that it is inoperable and even with treatment he'll be dead within a year.  Walter wants to be able to leave his family debt free with money to pay for college educations for the kids, so he hatches a plan.  After hearing his brother in law, a DEA agent, describing the insane amounts of money meth dealers can make, Walter decides he's going into the business of cooking and selling methamphetamine.  He finds a former student, Jesse Pinkman, who is a small time meth producer and dealer, and blackmails him into teaming up to sell the drug.  Hilarity ensues.

I'm not joking about the humor in the series, especially in the first season.  Walter knows his chemistry and produces superior meth that soon catches the attention of the local drug lords and authorities, but he has no clue how a criminal enterprise works.  Jesse on the other hand, while not exactly stupid, obviously slept through most of Walter's chemistry classes, and is prone to taking short cuts (as evidenced by his decision to ignore Walter's instructions about buying a plastic container to dispose of a body, leading to me laughing at the same time as being horrified when a half dissolved body plunges through the ceiling.  Watch it.  I'm not describing anymore.)

As time goes on things get more serious as Walter and Jesse go deeper into the criminal underworld.  They both grow and change; Walter becomes more and more ruthless; Jesse loses some of his naivete, but not enough to keep from being manipulated by more powerful people around him (including Walter, who despite claiming to care for Jesse has no problem with using him as a pawn and a shield).

The acting on this show is just amazing.  As I said before, I only knew Brian Cranston as Hal, and he was hilarious on that show.  Sometimes, especially during the first season I get a Hal sort of vibe from Walter, but that soon goes away.  When Walter stares down a rival meth cook in the parking lot of a hardware store, you're actually scared for the rival.  Jesse started as a one note joke, (ha ha, look at this high school drop out in his baggy pants.  He doesn't even know that metal conducts electricty) -and according the creater of the show, he was supposed to die at the end of the season- but Aaron Paul really brings a lot to the character.  You believe how conflicted Jesse is in all the things he is made to do by Walt and others.

Here, just watch these videos, because I don't think I can adequately describe how great this show is. FYI: Lots and lots of spoilers in these vids.


Finally to lighten things up a little (does not feature any previously mentioned characters, but it's great anyway):

Posted by Jennifer at 2:16 PM No comments:

Videos and Recommitment To Blogging

I don't know why, but I find this commercial highly amusing.  I guess I'm the kind of person the advertisers are going after.  The kind of person who thinks shouting "Whoo!  Dachsund!" is hilarious.
I also think the Geico commercial with the piggy going "wee wee weee" all the way home is funny (the first one where he's in the car with the pinwheels).  I laughed out loud the first time I saw it.

This week I heard this song and it brought back memories of the 90's.   Ahh the 90's.  They were so awesome.

Anyway, I've been gone for awhile.  I just haven't had the energy to blog.  I'll get an idea and think, "I oughta take note of that," and then I get distracted and completely forget about it.  I suppose I should make a schedule.  I think I started with a schedule back in May, but that went out the window pretty quick.

I'm going to take this moment to recommit to blogging here at Completely Unoriginal Thoughts on a regular basis.  Every Saturday.  I need to move on from posting videos from YouTube and actually write something.  Starting next Saturday.  Yeah, that's the ticket.

(Remember the old SNL skit with John Lovitz?  The one where he's always lying and saying "Yeah, that's the ticket"?  I don't know, just random memory).

Oh, one more video and I'll stop.  I promise.  I love me some old school muppets, no Elmo for me.  I hate the song being parodied, but I love cookies.

Crap.  Now I have the original stuck in my head.
Posted by Jennifer at 11:29 PM No comments:

Welcome to Completely Unoriginal Thoughts. Come for the banana, stay for the random. 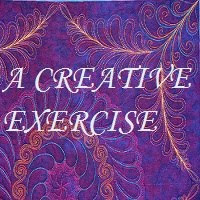 A blog about writing 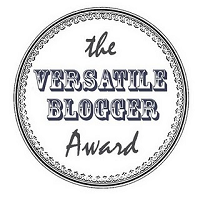 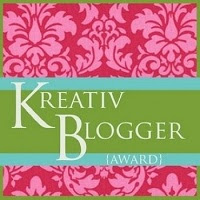